On this Day 14 of the imaginary diary of the 24th Sofia Film Festival we present two Bulgarian films with the special video greetings by their authors – “Could You Kill” by one of the master-directors of Bulgarian cinema Ivan Nichev and Nikola Bozadzhiev’s debut “Shibil”, based on the short story by Yordan Yovkov. There is also information for two of the most anticipated films at the festival  - “The Dead Don’t Die” by Jim Jarmisch and “Family Romance LLC” by Werner Herzog.

In today’s online edition we will present for the first time a short film from the Sofia Film Fеstival programme. It is traditionally related to the Jameson Short Film Award for Bulgarian shorts. We thank Jameson Irish Whiskey for the powerful charge it gave so many young people to dream through film! This competition and this award helped the creation of many films by talented authors in Bulgaria. In the next online editions we will present winners and participants at the Short Film Competition  among other shorts. Today you will have the pleasure of watching the short film “The Ritual” by Nadejda Koseva. It’s a part of the omnibus film “Lost and Found”. A dream-film that put on the map some of the most talented directors of the new European cinema. Among them are Cristian Mungiu (“Palme d’Or” winner in Cannes), Jasmila Zbanic (“Golden Bear” winner in Berlin), Kornél Mundruczó (“Un certain regard” winner and three times contestant at the main competition), Stefan Arsenijevic (“Golden Bear” from Berlinale, EFA Award and Oscar nomination for a short film), the phenomenal Estonian animator Mait Laas and the Bulgarian Nadejda Koseva (her film “Irina” won 20 international awards and a nomination from EFA for debut feature film). “Lost and Found” was created from the idea of Nikolaj Nikitin (who worked as a programmer at Berlinale for 12 years) and with main producer Herbert Schwering (Coin Film). The film opened Young Cinema Forum in Berlin in 2005. For us as a festival and producer of “The Ritual”, “Lost and Found” is a milestone film. We share it with you with great pleasure. And with a special video by Nadja Koseva.

We will also remember in pictures the receiving of Sofia Award from Jos Stelling and presentations of films by Nana Dzhordzhadze, Andrey Paounov and Boris Despodov, Adina Pintilie and the team of Golden Bear winner from Berlin – “Touch Me Not”. On this same day – Wednesday, Stefan Valdobrev and “The Usual Suspects” entertained the guests and the team of the 16th SIFF at the Festival Center.

We present to you also the first part of the special masterclass at Cinema House given by the cult independent American director Abel Ferrara.

On this Day 14, Wednesday, at the 24th SIFF, there are 20 films scheduled for screening.

NEW BULGARIAN FEATURES: COULD YOU KILL

HERE YOU CAN FIND INFORMATION about "COULD YOU KILL" on the Sofia Film Festival website. 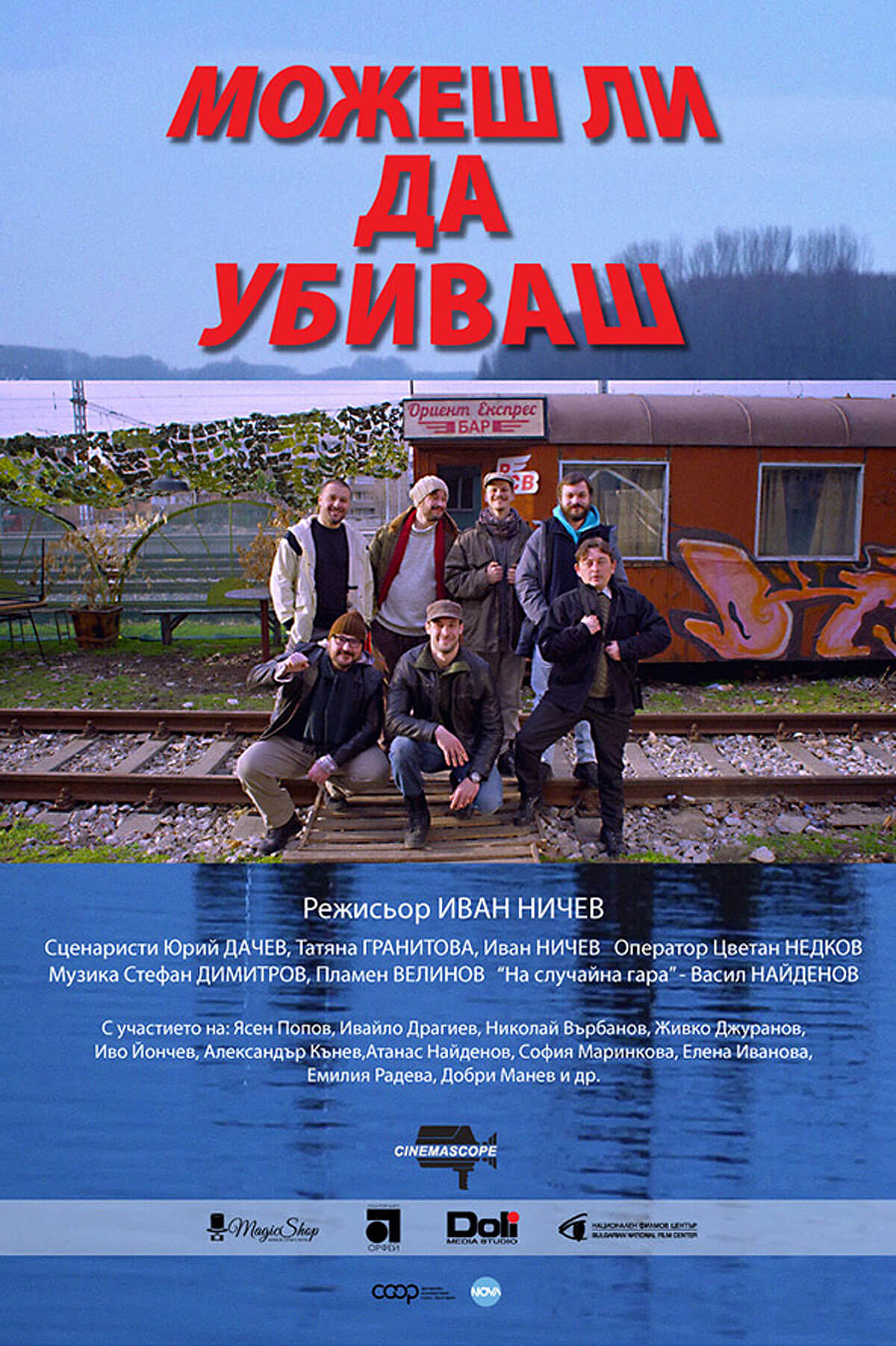 HERE YOU CAN FIND INFORMATION about "SHIBIL" on the Sofia Film Festival website. 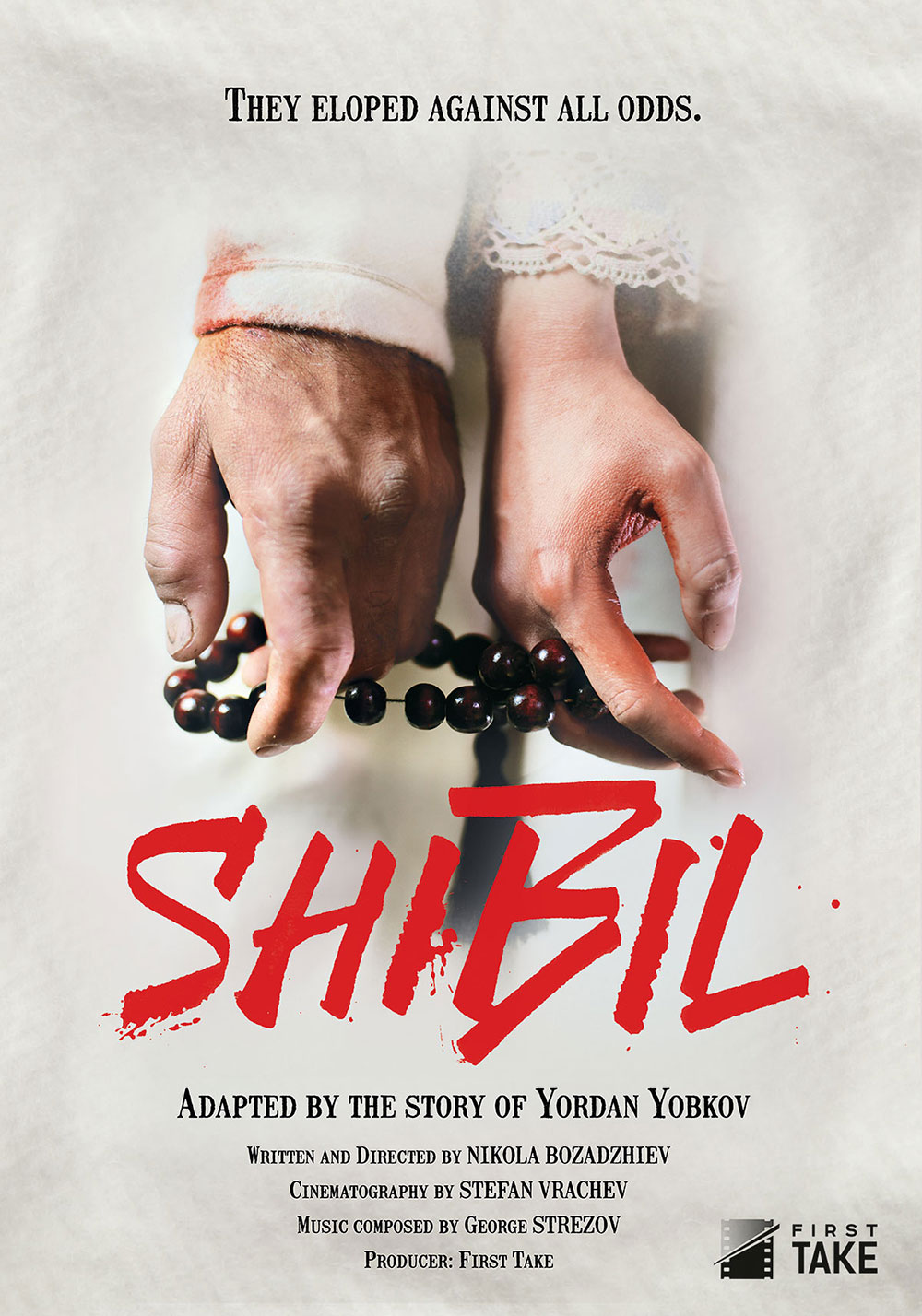 On our new platform we share with great pleasure important short films, presented in Sofia Film Festival's programme through the years, including those in Jameson Short Film Award competitions. Today we share with you Nadejda Koseva's film "The Ritual", which screenplay was made by Nadja and Georgi Gospodinov.

In 2019 the Romanian director Cristian Mungiu, „Palm D'Or“ winner for his film „4 Months, 3 Weeks and 2 Days“, invited many of the directors and producers of „Lost and Found“ in Bucharest to celebrate the 15th anniversary of the film's premiere. 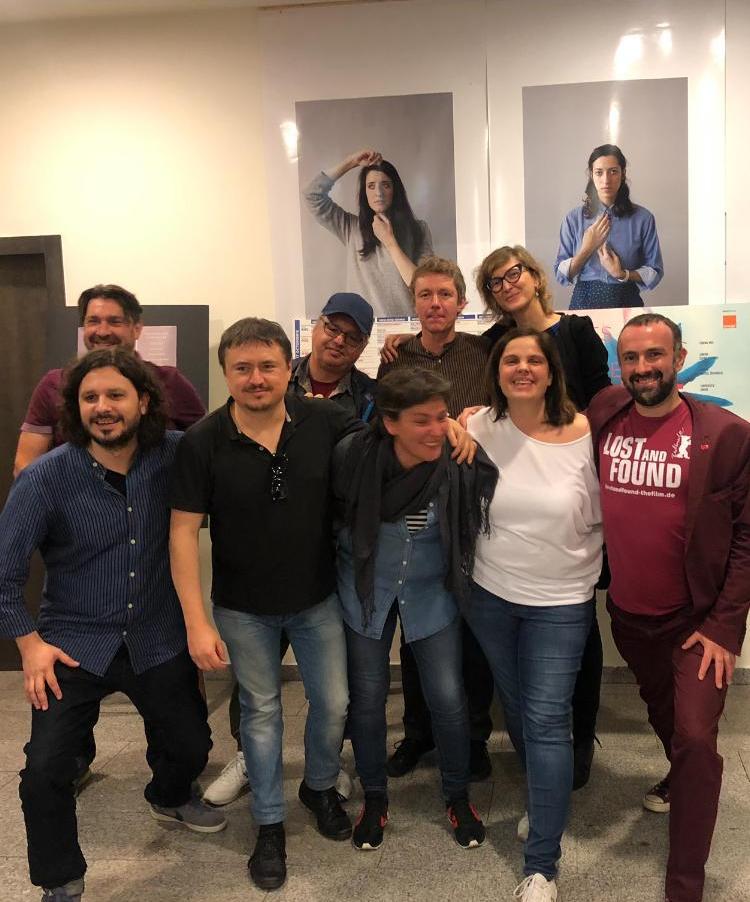 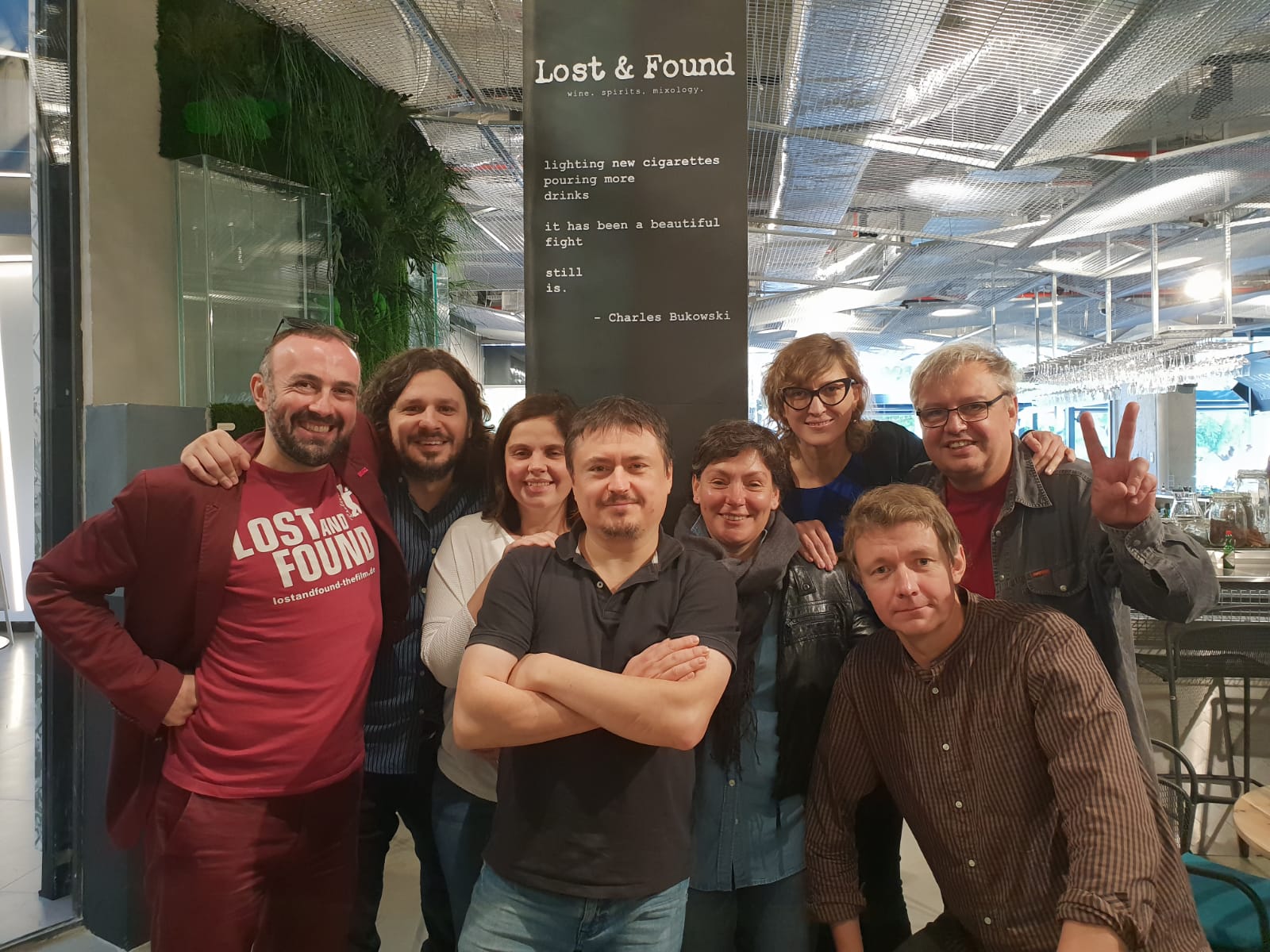 The Ritual from Front Film on Vimeo.

FILM OF THE DAY: THE DEAD DON'T DIE

HERE YOU CAN FIND INFORMATION about "THE DEAD DON'T DIE" on the Sofia Film Festival website.

HERE YOU CAN FIND INFORMATION about "FAMILY ROMANCE LLC" on the Sofia Film Festival website.

PHOTO ON THIS DAY WITH SOFIA FILM FESTIVAL'S FRIENDS 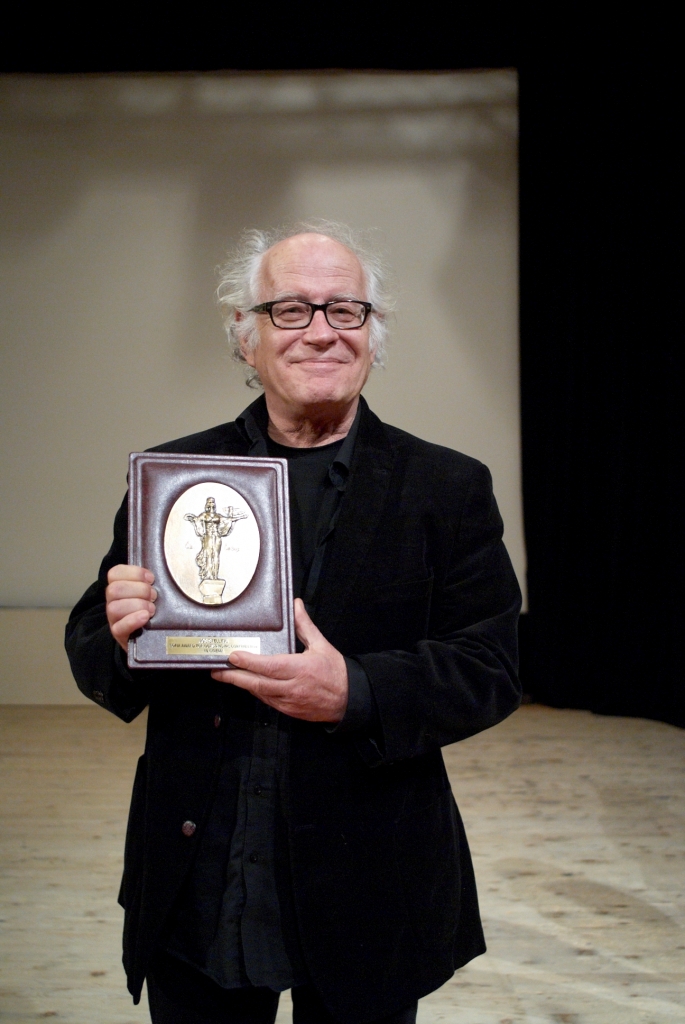 On 13th of March 2013, Wednesday, the renown Dutch director Jos Stelling received Sofia Award for his contribution to the art of cinema. 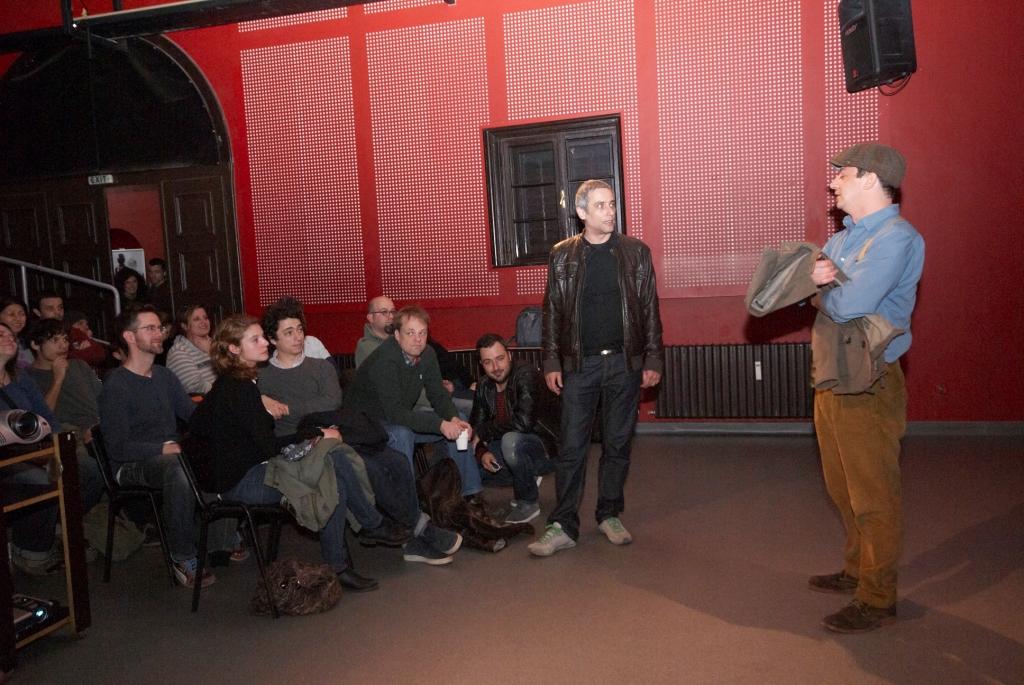 On 13th of March 2013, Wednesday, the Documentary competition's selectors Andrey Paounov and Boris Despodov presented the film "The Punk Syndrome" to the festival audience in the Red House Centre for Culture and Debate "Andrey Nikolov". 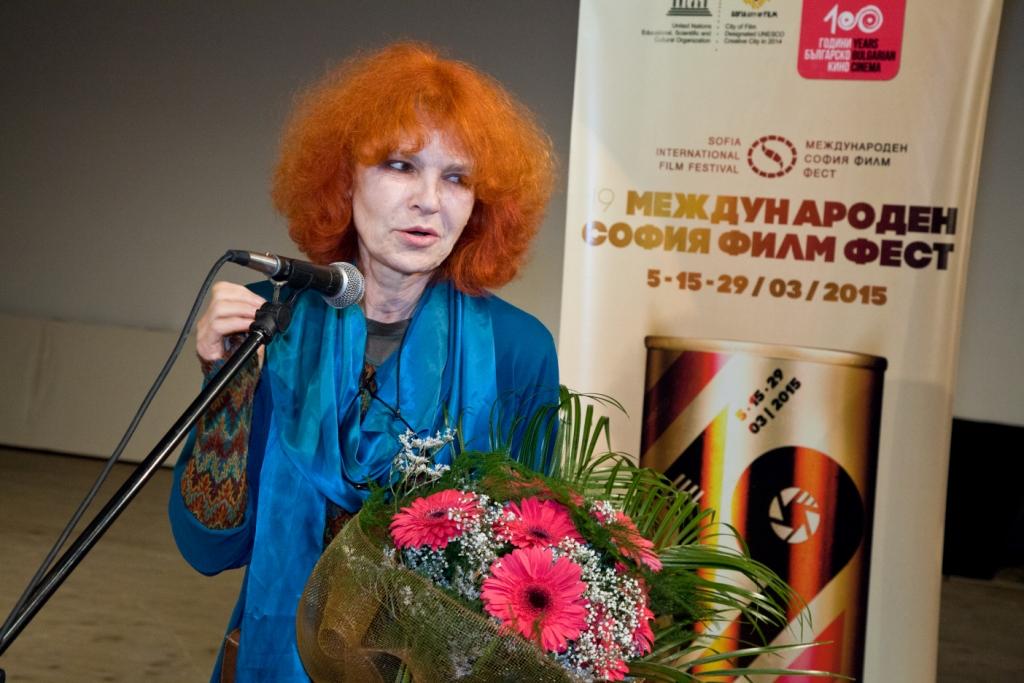 On 11th of March 2015, Wednesday, the Georgian director Nana Dzhordzhadze presented her film “My Mermaid, My Lorelei” to the festival audience at the Lumiere Lidl Cinema. 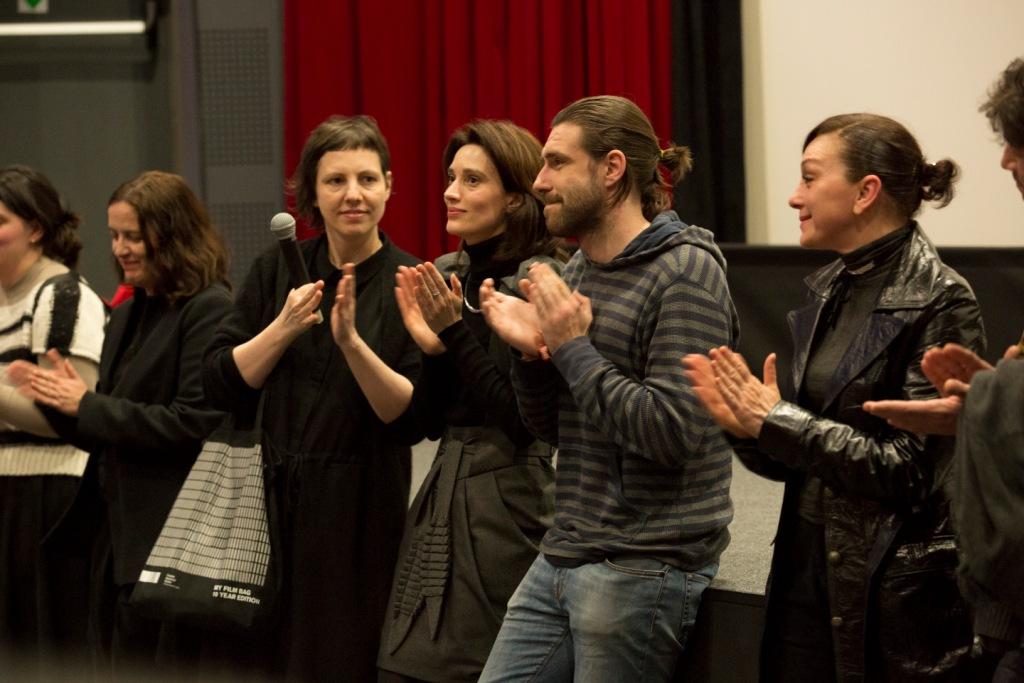 On the 14th of March 2018, Wednesday, took place the premiere of “Touch Me Not”, “Golden Bear” winner at Berlinale 2018, part of the Balkan Competition at the 22nd SIFF. “Touch Me Not” is a co-production between Romania, Germany, Czech Republic, Bulgaria (“Agitprop”) and France and was presented by its director Adina Pintilie, the Bulgarian co-producer Martichka Bozhilova, the actress Irmena Chichikova and a big part of the film crew. 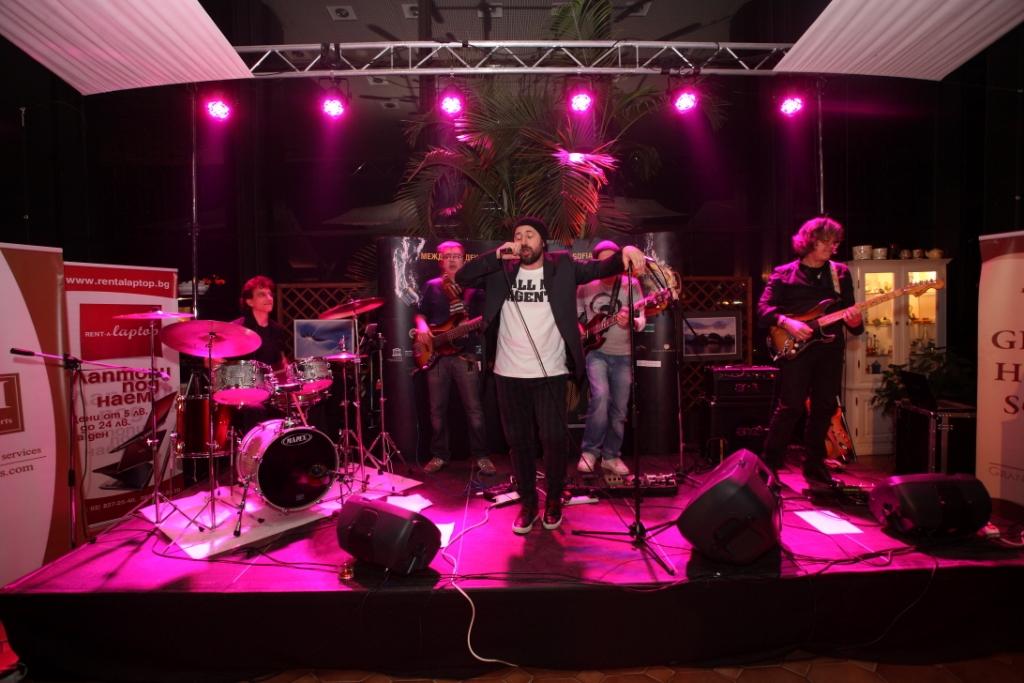 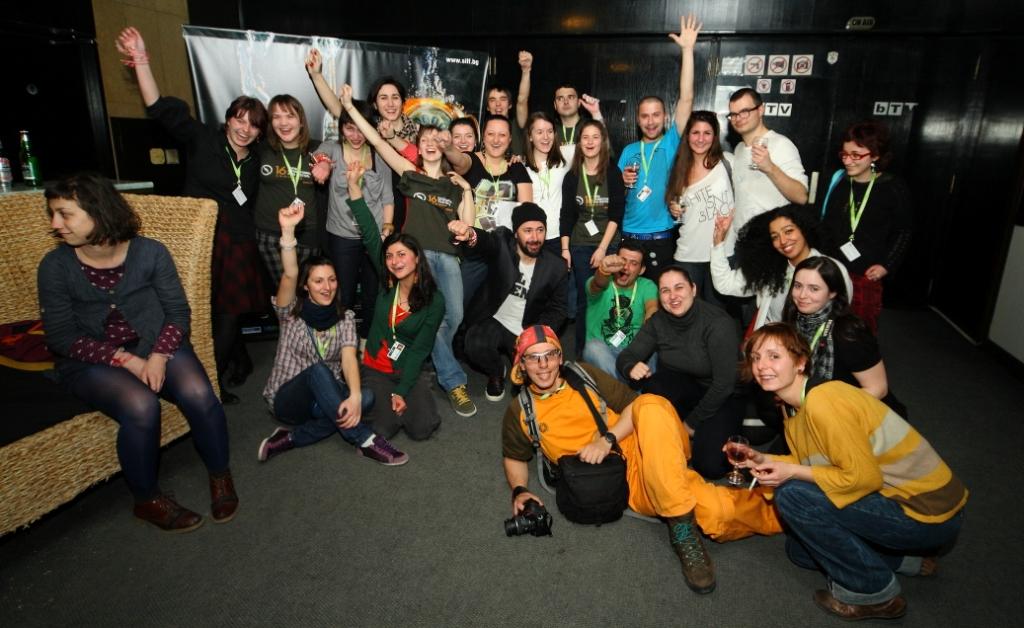 One of everybody’s favorite moments at the festival is the meeting with music!
On the 14th of March 2012, Wednesday, Stefan Valdobrev and “The Usual Suspects” thrilled the audience at Matti’D hall, and the picture with the festival volunteers is truly remarkable!

On 18th of March 2018 at Cush Bar in Cinema House there was the first master class, given by the cult independent American director Abel Ferrara.