Day 7 of the 24th Sofia Film Festival is one of the most important ones for this year’s edition. It was supposed to happen on the 18th of March, Wednesday and it has 21 films scheduled for screening. We will see them. Later this year.

On this day, the esteemed Canadian director of Armenian origin Atom Egoyan is our Guest of Honour. I asked him to say “Hello” in Armenian. Egoyan: „Hamerashkhutyun is harmony in Armenian, but I think it also means solidarity”. The festival will present not only his latest feature “Guest of Honour”, part of the competition at the Venice Film Festival, but also two of his classics – “Exotica” and “The Sweet Hereafter”. I met with Atom in an elevator at the Sarajevo Film Festival some years ago. Last year we met again in a hotel in Cairo, where he was born before moving with his parents to Toronto. We were accompanied by the long time director of the Toronto Film Festival, Piers Handling. After this meeting, Atom accepted to come to Sofia. And he will.

In today’s festival program is a work by Slovenian director and a friend of mine, Damjan Kozole’s film “Half-Sister”. Damjan sent a special video message.

Today we will remember our last meeting with one of the great friends of SIFF, my idol in film, Czech film legend Jiří Menzel. This happened on a Wednesday, March 12th 2014, at Lumiere Cinema.

A few days ago, Maria Kaufmann, a musician and co-founder of the KAUFMANN PROJECT, sent me an e-mail. She read in the media that the American actress Rita Wilson asked people from the world to send her music, while she and her husband Tom Hanks were treated in domestic conditions against the coronavirus. Maria asked me in her letter if I could help the song “The Legend of the Rhodopa Mountain” by the Kaufmann Project to reach them. It touched me deeply. I remembered the wonderful film by Iglika Triffonova “Letter to America” from the year 2000, the dawn of the 21st century. In the film, a young writer from Sofia wants to help his best friend, who is in a coma in a New York hospital after a car accident, by looking for a song, that the friend’s grandmother used to sing, and had heeling properties... And finds it! The song brings his friend back to life. I immediately got in touch with Iglika and Maria and that’s how this LETTER TO AMERICA came along, and with this letter I, the SIFF, the Kaufmann family and the singer Mariyana Pavlova send a message to Rita Wilson and Tom Hanks, but not only. Last yer Mariyana Pavlova became the Guiness World Record holder for the Lowest Female Voice on the Planet. While taking care of her sick mother, legendary Rhodopean singer Hristina Lyutova, she found the time to sing the song “Pusta Mladost” for Rita, Tom and all of us! This is the musical greeting of the day by the Sofia Film Festival.

We also share with Rita Wilson and Tom Hanks the film “Letter to America”, the songs “Pusta Mladost” and “The Legend of the Rhodopa Mountain”, as well as our wide-open hearts.

We hope to be together at the opening of the Sofia International Film Festival.

Today, the 27th of March 2020, USA surpassed Italy and China by the number of people diagnosed with the COVID-19 coronavirus.

A big applause for Bulgarian medics and medics all over the world!

FILM OF THE DAY: HALF-SISTER

HERE YOU CAN FIND INFORMATION about "HALF-SISTER" on the Sofia Film Festival website.

GALA SCREENING OF THE DAY: GUEST OF HONOUR

HERE YOU CAN FIND INFORMATION about "GUEST OF HONOUR" on the Sofia Film Festival website.

Legendary Czech director Jiří Menzel has been a guest of the SIFF and Cinema House several times. In the 90s we did a festival of world comedy according to Menzel and he presented in person “Life and Extraordinary Adventures of Private Ivan Chonkin”. In 2007 pan Menzel received the Sofia Award and accompanied by the actor Ivan Barnev and producer Rudolf Biermann, he took us in the world of
“I Served the King of England”. 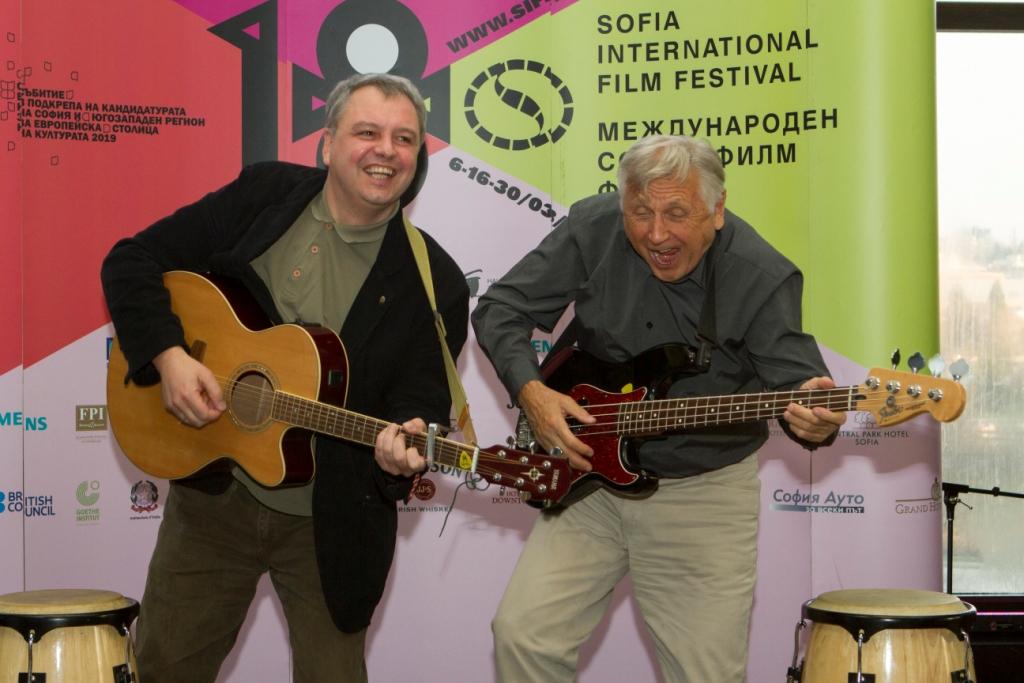 Kita and Menzel in action in the style of Crime in the Night Club. 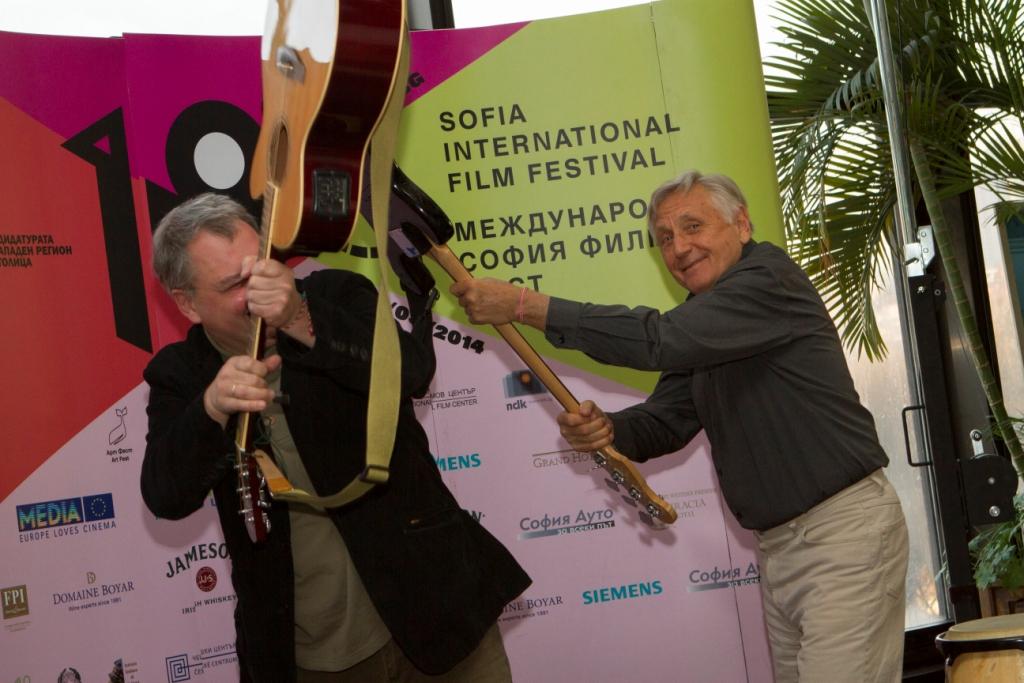 And this is action after action... 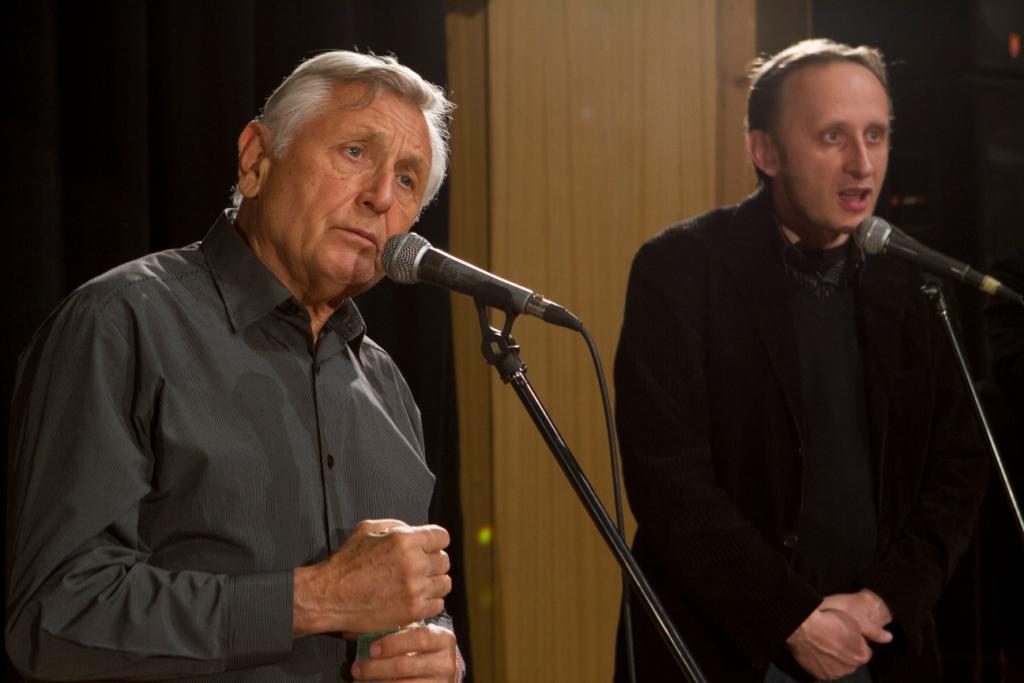 Menzel addressing the audience of SIFF.

HERE YOU CAN FIND INFORMATION about "LETTER TO AMERICA" on the imdb website. In 2015 “Letter to America” was a part of the special SIFF program, dedicated to the 100th year of Bulgarian cinema, as one of the best films made after 1989.

HERE YOU CAN FIND INFORMATION about "KAUFMANN PROJECT" - on this site you can listen to their music.

HERE YOU CAN FIND the personal message of the KAUFMANN PROJECT founders Maria Kaufmann and Prof. Dimitrina Kaufmann to Rita Wilson and Tom Hanks.

Mariyana Pavlova is a Bulgarian folk singer, holder of the Guiness World Record for the Lowest Female Voice. Especially for Rita Wilson, Tom Hanks and all of us, she sings the song “Pusta Mladost”, also part of Iglika Trifonova’s film “Letter to America”.