Day 11 is the last festival day with international guests. Competitions are over. Most participants at the Sofia Meetings have already boarded their planes or drove towards the border-crossings with the neighboring Balkan countries. Nevertheless, Day 11 is full of screenings and events. On this day we have scheduled a masterclass with the winner of the FIPRESCI 95 Platinum Award Agnieszka Holland. Many of the films are presented by their auteurs.

In our imaginary diary on Day 11 we announce the film “Mr Kohl’s Last Hour” by Doron Eran with personal messages from the director, the screenwriter and auteur of the play by the same name Joshua Sobol and the actor Ohad Shahar. Ellie Yonova, director of the documentary feature “Luben and Elena: The Love of Art and the Art of Love”, sends us a message from Canada. Another screening scheduled for this day is “Willow” by Milcho Manchevski. In his special greeting, Manchevski dedicates the screening to the memory of the great friend of SIFF, president of the international jury in 2019, British producer Nik Powell. We will also present one of the most significant films of 2019 – “The Painted Bird” by Václav Marhoul. We have a special video-message from the Georgian director Levan Koguashvili, winner of three awards from our festival for his film “Blind Dates”.

We will remember in pictures some of the dear guests of SIFF who have presented their films on this Day 11, Sunday, among which are Sergei Solovyov, Andrzej Żuławski, Katja Riemann, Giuliano Montaldo, Hristo Stoichkov, Rupert Everett, the crew of the film “The Bra” by Veit Helmer. You will have the pleasure to relive some more moments with Terry Gilliam with his “Interview with an Autograph” - part II.

The musical greeting is again a song from The Festival Band. The Saturday night concert on Day 10 naturally extends into the early hours of Day 11.

On the 11th Day of the 24th SIFF there are 24 film scheduled for a screening. We will see them!

HERE YOU CAN FIND INFORMATION about "MR KOHL'S FINAL HOUR" on the Sofia Film Festival website.

FILM OF THE DAY: LUBEN AND ELENA

HERE YOU CAN FIND INFORMATION about "LUBEN AND ELENA: THE LOVE OF ART AND THE ART OF LOVE" on the Sofia Film Festival website.

FILM OF THE DAY: WILLOW

HERE YOU CAN FIND INFORMATION about "WILLOW" on the Sofia Film Festival website. 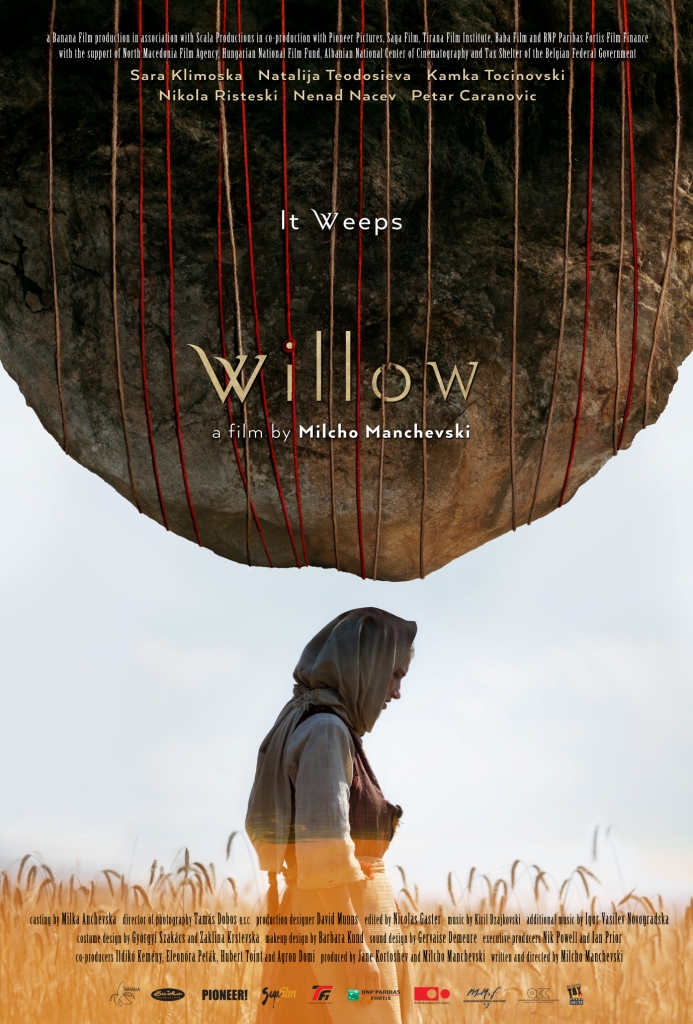 FILM OF THE DAY: THE PAINTED BIRD

HERE YOU CAN FIND INFORMATION about "THE PAINTED BIRD" on the Sofia Film Festival website.

Georgian director Levan Koguashvili won 3 prizes in 2015 for his film "Blind Dates". After leaving for Tbilisi, he had to return to Sofia that night to take the stage of Hall 1 of the National Palace of Culture on March 15 and receive his awards in person. 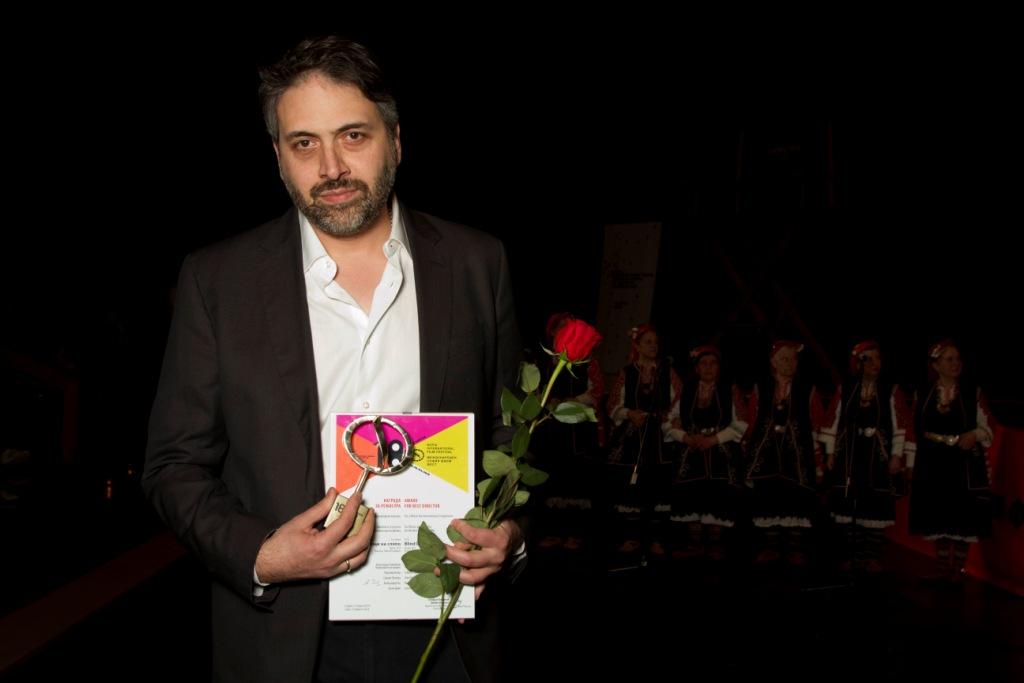 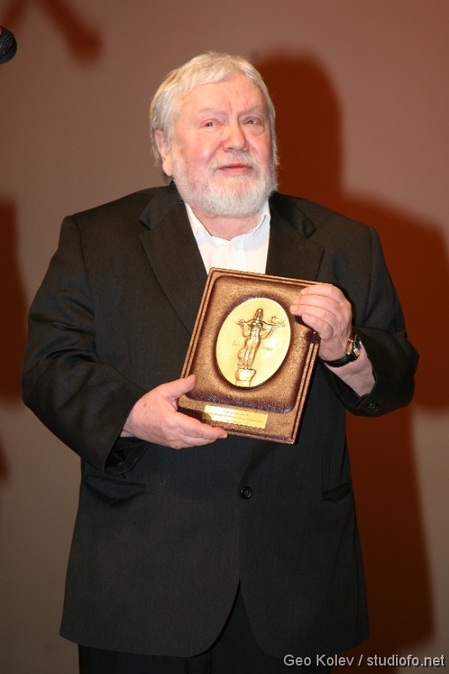 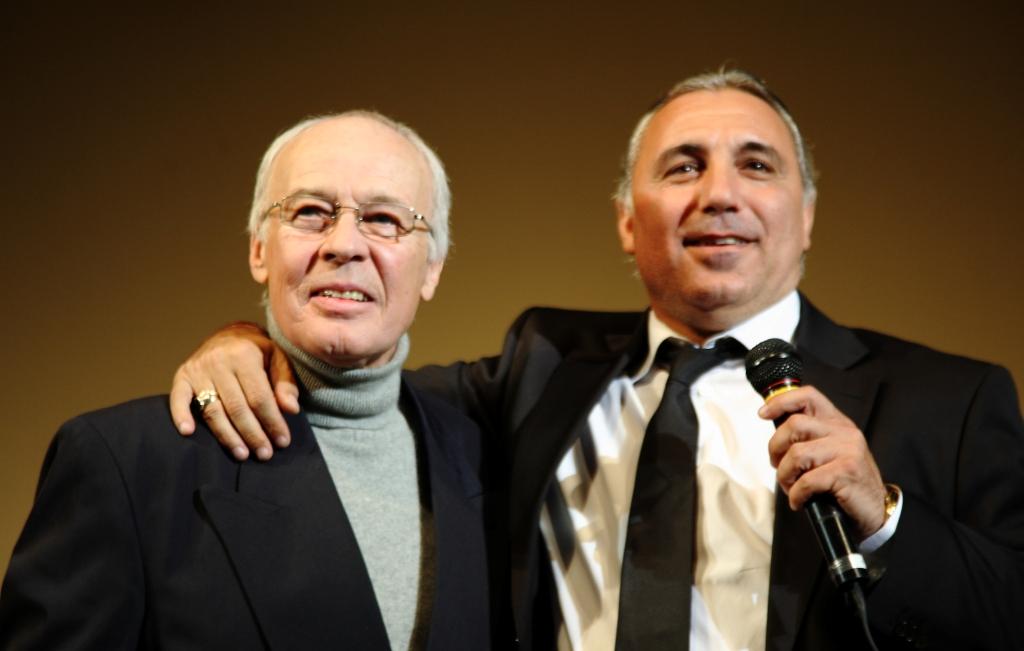 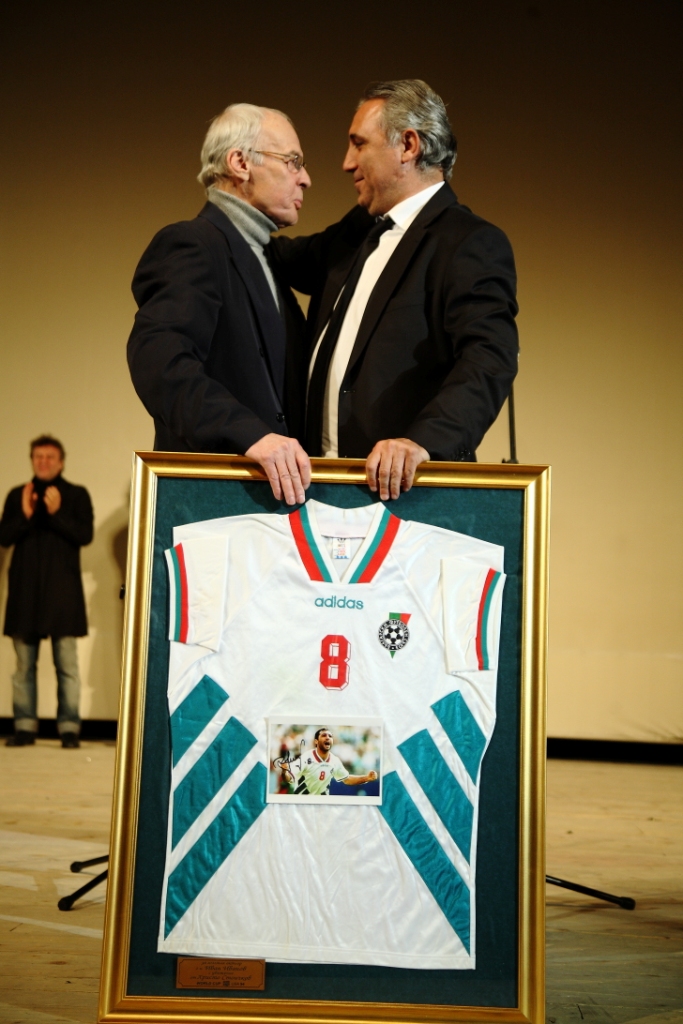 On 18th of March 2012, Sunday, the documentary film "Stoichkov" by director Borislav Kolev was presented in Hall 1 of the National Palace of Culture. The main character of the film, the star of Bulgarian and world football Hristo Stoichkov, presented his special T-shirt on his idol in Bulgarian cinema - the actor Ivan Ivanov. 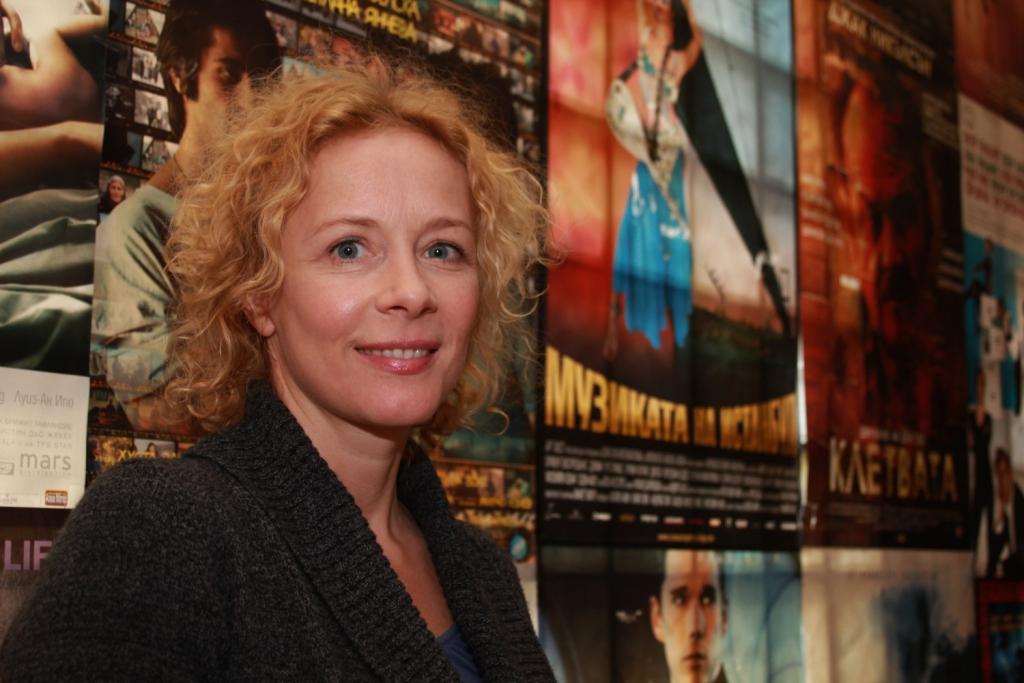 On 18th of March 2012, Sunday, at Cinema House the German actress Katja Riemann presented the film "The Theory of Relativity of Love" ("Pigeons on the Roof"), directed by Otto Alexander Jahrreiss. 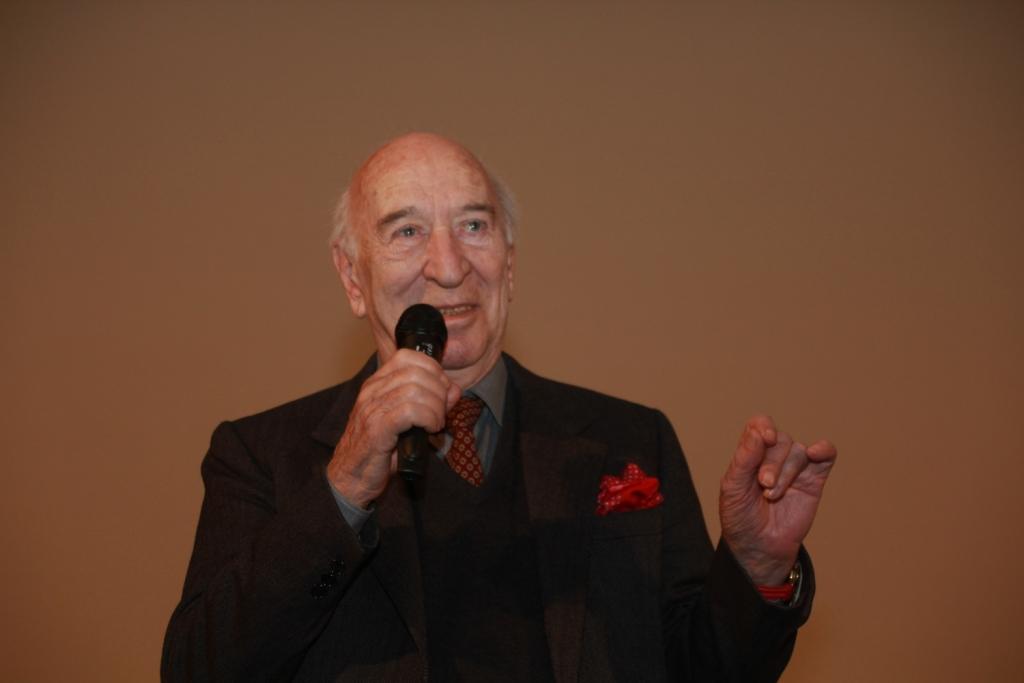 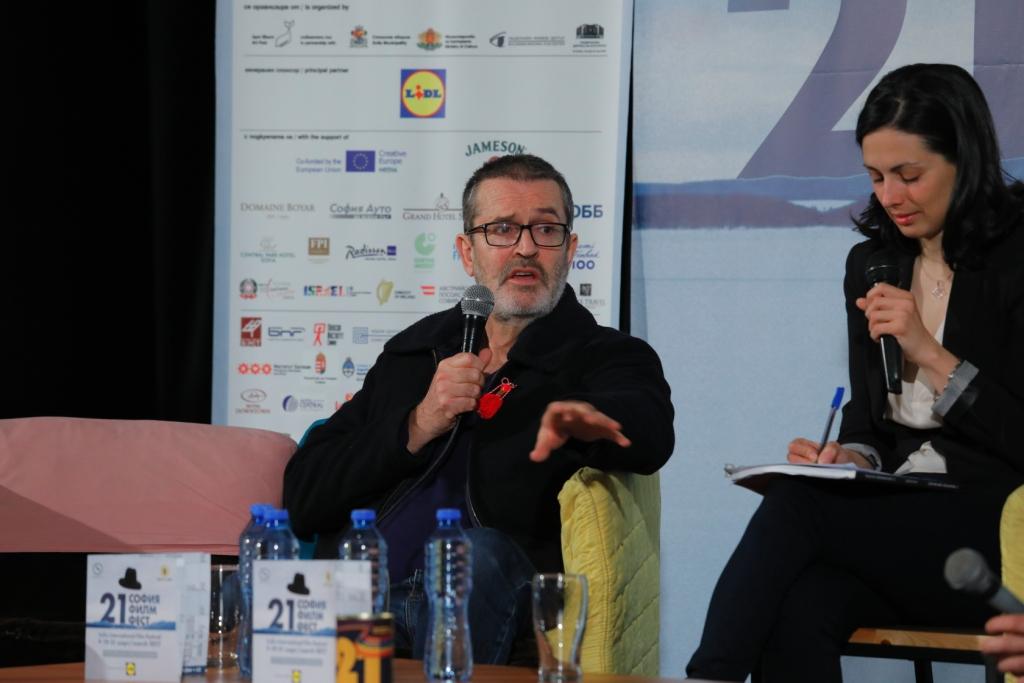 On 19th of March 2017, Sunday, the famous English actor Rupert Everett met with the audience at his special "Sofia - City of Film: Interview with Authograph". 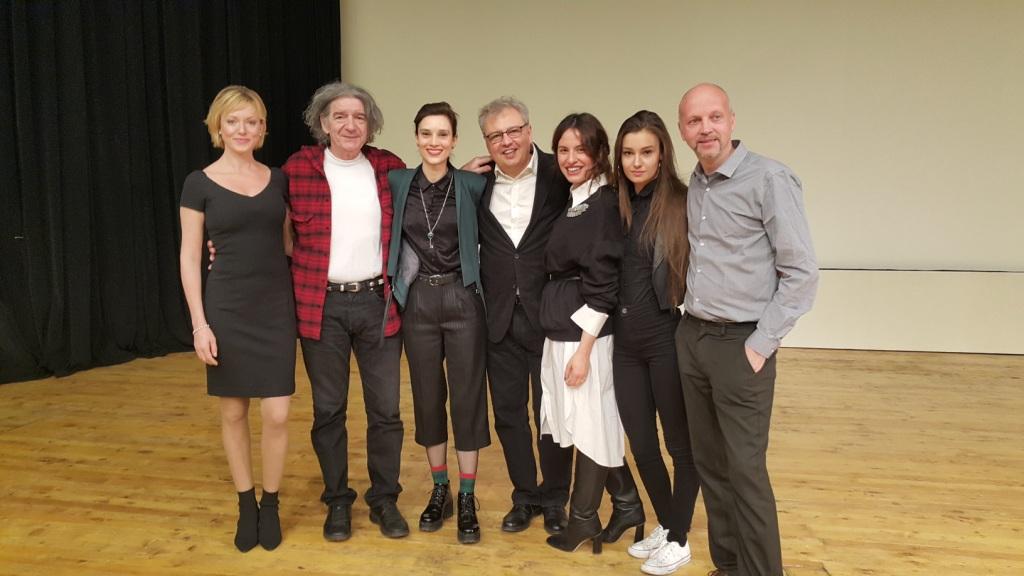 On 17th of March 2019, Sunday, was Bulgarian premiere of the film "The Bra". On this picture are Stefan Kitanov and the crew of the film - Miki Manojlovic, Irmena Chichikova, Frankie Wallach, Boryana Manoilova and the director Veit Helmer

We present to you the second part of the eponymous "Sofia - City of Film: Interview with Autograph" with the genius director and 1/6th of the Monty Python - Terry Gilliam, held on 19th of March 2016, at the Cinema House. The first part you can find in the last edition of our online festival daily, dedicated to Day 10.

MUSICAL GREETING FROM THE FESTIVAL BAND AND SIFF

Here you can find one more song from the concert of The Festival Band on the occasion of the 25th anniversary of the Warsaw International Film Festival that took place on the 16th of October at the Palladium Hall in Warsaw. Musical director of the show was the famous Polish rock musician Tomek Lipiński, founder of one of the first Polish punk-rock bands - "Tilt" and co-founder of "Brygada Kryzys". The video material was directed and edited by Grzegorz Lipiec - Lipa. Produced by the Warsaw Film Foundation.